Comparison of FFP2, KN95, N95 and Other Respirator Classes 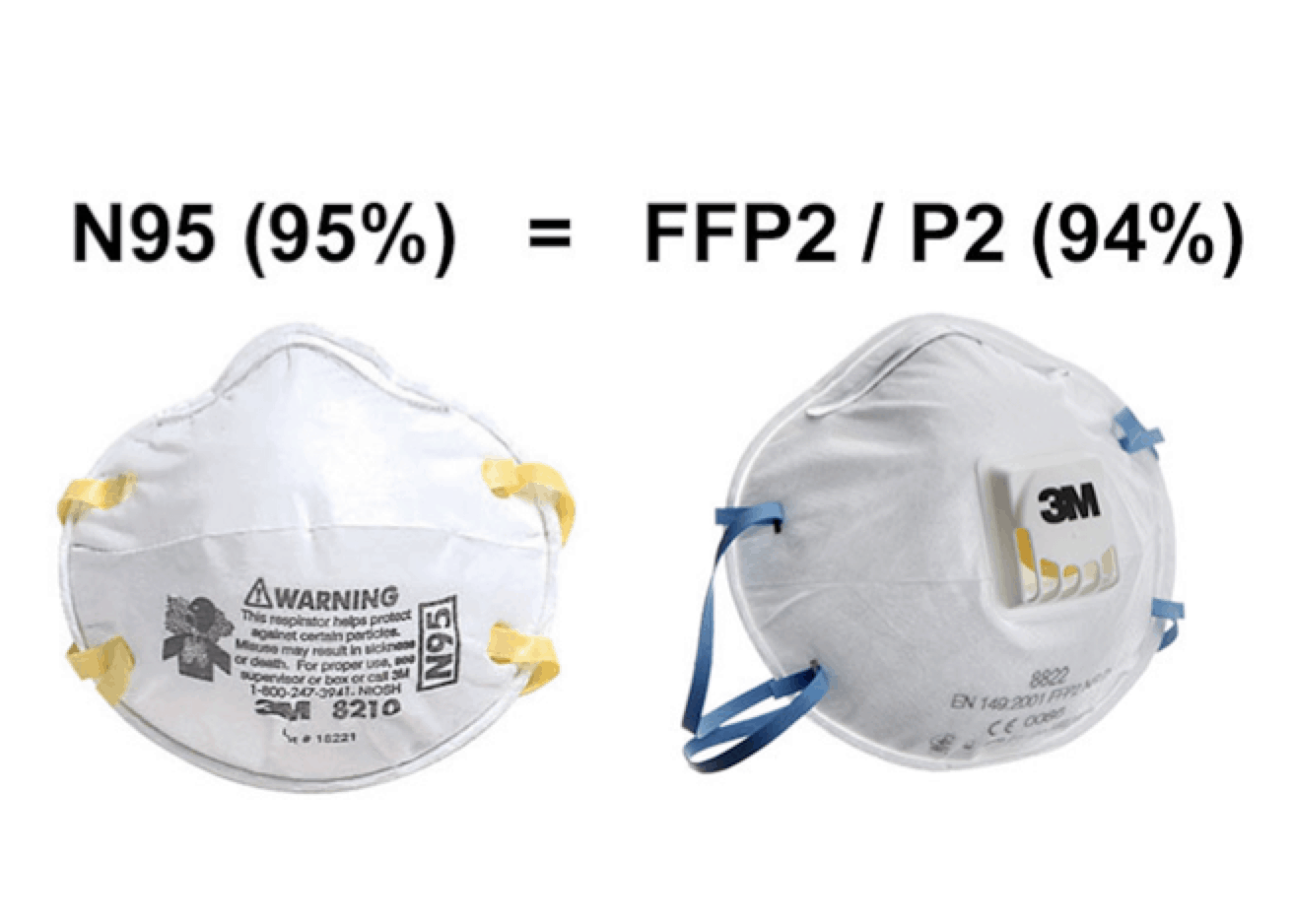 Filtering facepiece respirators (FFR), which are sometimes called disposable respirators, are subject to various regulatory standards around the world. These standards specify certain required physical properties and performance characteristics in order for respirators to claim compliance with the particular standard. During pandemic or emergency situations, health authorities often reference these standards when making respirator recommendations, stating, for example, that certain populations should use an “N95, FFP2, or equivalent” respirator.

This article is intended to help clarify some key similarities between such references, specifically to the following FFR performance standards:

Based on this comparison, it is reasonable to consider China KN95, AS/NZ P2, Korea 1st Class, and Japan DS FFRs as “equivalent” to US NIOSH N95 and European FFP2 respirators, for filtering non-oil-based particles such as those resulting from wildfires, PM 2.5 air pollution, volcanic eruptions, or bioaerosols (e.g. viruses). However, prior to selecting a respirator, users should consult their local respiratory protection regulations and requirements or check with their local public health authorities for selection guidance.

Filter performance – the filter is evaluated to measure the reduction in concentrations of specific aerosols in air that passes through the filter.

Test agent – the aerosol that is generated during the filter performance test.

Total inward leakage (TIL) – the amount of a specific aerosol that enters the tested respirator face-piece via both filter penetration and faceseal leakage, while a wearer performs a series of exercises in a test chamber.

Inward leakage (IL) – the amount of a specific aerosol that enters the tested respirator facepiece, while a wearer performs a normal breathing for 3 minutes in a test chamber. The test aerosol size (count median diameter) is about 0.5 micro meter.

Pressure drop – the resistance air is subjected to as it moves through a medium, such as a respirator filter.

Our World with COVID-19

Comparison of FFP2, KN95, N95 and Other Respirator Classes